CUTTING-EDGE SOLUTIONS TO DIFFERENTIATE YOUR FIRM!

CUTTING-EDGE SOLUTIONS TO DIFFERENTIATE YOUR FIRM! 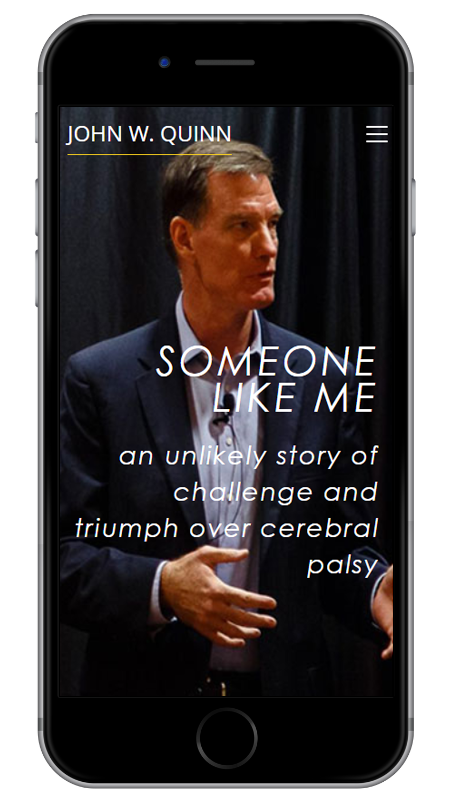 an unlikely story of challenge & triumph over cerebral palsy

John W. Quinn was born in Detroit, Michigan; one of eight children. Although diagnosed at a young age with cerebral palsy, John developed a strong desire to serve his country and wear the uniform of his nation. So, in spite of his partial paralysis, two different sized feet, and the inability to walk prior to the age of four, John joined the United States Navy in January 1982, specializing in administration. He did it while keeping his condition a complete secret.

Let the next one be yours!

We will be in touch shortly to schedule a free consultation